A liquid oil obtained from oilseed rape (Brassica Campestris) which grows in more northern latitudes than any other major oil-producing plant. Rapeseed for oil production typically comes from the U.K. and Europe, as well as China, India, Canada (where it is called Canola) and Australia.

A good all-round oil for most cooking and frying applications. Low saturates, relatively high monounsaturates and good levels of omega 3,6 and 9 make this oil a good choice for the health concious. 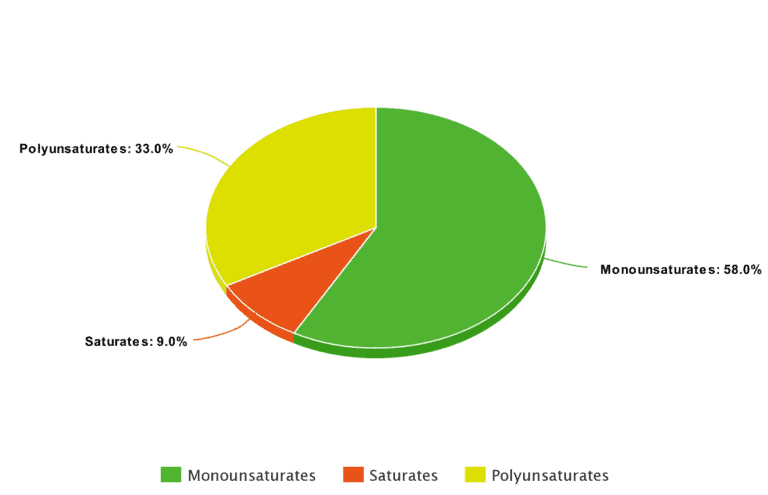