Produced from the Oil Palm, grown in tropical climates, principally Malaysia, Indonesia and West Africa. The trunk of an oil palm can grow 15-30m tall.  The oil palm bears fruit from it’s third year and produces a full yield from it’s twelfth and continues to bear fruit until it is sixty years old.  An oil palm can live for up to 120 years.

The fruit of the Oil Palm grow in bunches weighing from 13 to 18kg. with each bunch consisting of over 1000 fruits. The fruit consists of a fibrous layer of pulpy flesh, which has a fat content of 40% Palm Oil, and a hard kernel or stone which contains 50% Palm Kernel Oil.

Having a relatively higher proportion of saturates than most other major oils, Palm Oil is extremely stable, and is suitable for most cooking and frying applications. Crude (unrefined) Palm Oil is a bright orange semi-liquid, which is usually rendered into a creamy-white solid in the refining process. When produced and sold in solid, block, form, Palm Oil is extremely convenient to store, transport and to handle. It is extensively used as a frying oil in the fish and chip trade. 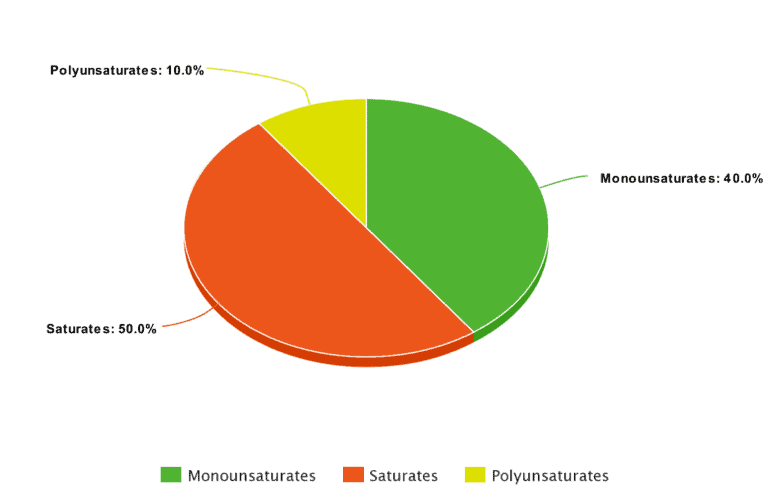